Besides its effects on physical health, HIV (Human Immunodeficiency Virus) infection can create significant fear and anxiety. Read the article below. 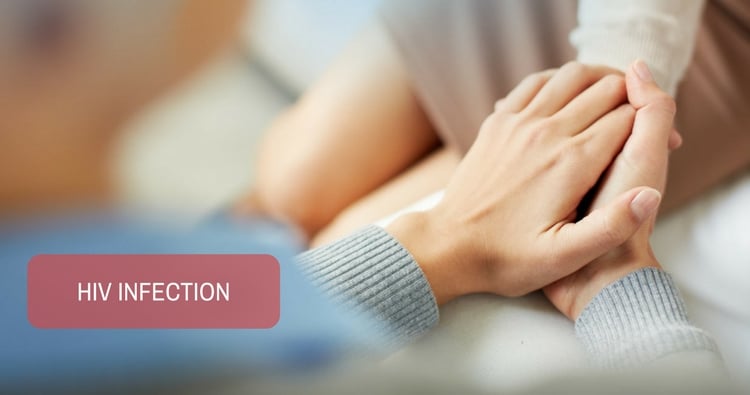 What Is the Importance of Counseling and Psychosocial Aspects of HIV Infection?

Counseling an individual with HIV (Human Immunodeficiency Virus) infection is important because HIV infection is lifelong. Individuals can avoid acquiring HIV infection or transmitting it to others by opting for some or other required changes. HIV and AIDS (acquired immunodeficiency syndrome) have become a major element in a comprehensive healthcare model in which psychological issues are recognized as fundamental to managing the disorder. HIV and AIDS counseling has two main aims. The prevention of HIV transmission and the support of those affected directly and indirectly by HIV. It is vital that HIV counseling should have these dual aims because changes in behavior can prevent the spread of HIV. The diagnosis of HIV infection in an apparently healthy individual can create a lot of mental pressure and anxiety. It can hamper the patients after knowing they have HIV infection or disease. They may suffer great psychosocial and psychological stress due to fear of rejection, social stigma, disease progression, and other uncertainties. This can affect the HIV-positive patient’s psychology and worsen the illness, especially because of the fear of future perspective, misunderstanding, and discrimination provoked by the HIV epidemic.

Who All Can Counsel?

Not only doctors, nurses, paramedical staff, and psychologists, but others like social workers, teachers, health educators, religious teachers, community leaders, and members of self-help groups can also counsel the patient.

What are the Vital Features of Counseling -

HIV-infected people should feel that they are fully accepted by the counselor. The information provided through counseling should be consistent and up-to-date, and any uncertainties in the knowledge should be acknowledged. Trust is one of the most important factors in counseling. However, there may be some instances where confidentiality needs to be broken. For example, to notify the sex partner of an infected person who has refused permission to do so.

The aim of pre-test counseling is to prepare a person for both the seropositive and seronegative status. It addresses the person’s fear and concern about HIV infection. Counseling is focused on two main issues.

Related Topics
Are my symptoms indicative of HIV infection?
I am unable to focus and not willing to work due to depression. Please help.
HIV RNA was negative on 21st day? Can it be positive later?

Assessment of risk is based on the frequency of sexual activity, the type of sexual behavior of an individual, high-risk lifestyles (IV drug users, homosexuals, bisexual men), history of blood transfusion or organ transplant, and exposure to non-sterile invasive procedures like tattooing.

Assessment of Psychological Factors and Knowledge:

Assessment of psychological factors and knowledge is mainly based on questions. Also, one should know the supporter, who can provide emotional and social support, either family, friends or others.

The counseling should be private and confidential. The patient should be given time to absorb the news. Thereafter, they should be given a clear, factual explanation of what the news means without speculation about prognosis or estimates of time left to live. The shock of the diagnosis is acknowledged, support is offered, hope and optimism are provided for achievable solutions to the possible personal and practical problems.If resources are available, then it is justifiable to talk about the efficacy of antiviral treatment.

It is very important to discuss the meaning of negative results, and the following points should be emphasized. After exposure to HIV infection, there is a window period of three to six months. During the window period, a negative result cannot be considered reliable. A negative result carries the greatest certainty if at least six months have elapsed since the last possible exposure. Further exposure to HIV infection can only be prevented by avoiding high-risk sexual behavior. Other information will be shared on the control and avoidance of HIV infection, including developing positive health behavior.

What Are the Psychosocial Aspects of HIV Infection?

The fundamental premise of modern psychiatry is the emotional life and behaviors with biological underpinnings shaped within a broader social context. Perhaps, that interplay is nowhere more evident than in the psychobiology of HIV infection. The psychiatrist involved in the care of HIV-infected patients is asked to address the patient’s premorbid psychiatric disorder and the new onset of emotional distress, which may complicate a patient’s response to infection, disease, and treatment.

Because of the high rates of substance abuse, psychiatric disorders, and other psychological vulnerabilities, it is imperative that psychiatric treatment be included as an important part of the therapy of HIV-infected individuals. The current role of psychiatrists and mental health professionals in caring for patients living with HIV primarily are:

Liaison with medical caregivers is to help and provide education regarding psychiatric aspects in diagnosing and treating patients with HIV. Multiple complications can arise from HIV infection. Recognizing how it could be the symptoms of the potential neuropsychiatric problem is vital.

Some of the psychological issues in the terminal care of patients living with HIV can include reactions to pain and suffering and attempts to minimize this by honoring the patient's wishes and directives and finally attending to those left behind.

In adults and children with HIV infection, changes in mental status or the emergence of new psychiatric or cognitive disorders, acute or subtle, require clinicians to rule out treatable and reversible causes.

Counseling for HIV brings a positive approach to balancing the psychosocial effects of the affected patients and reducing the risk of spread. One-on-one counseling leads to behavior changes which help in further treatment. In the counseling session, patients can come up with their heart feeling and other insecurities, which help them to cope with their disorders.

HIV test was negative, but I am still worried. Please help.

Query: Hi doctor, After 15 months of unprotected sex, I went for HIV test called Comb AIDS test but, the result came back negative for both HIV-1 and 2. Again after three months, I redid the test, but even this time, the result was negative. I was not satisfied, so I went for ELISA tes...  Read Full »

How to cope when a sibling is seriously ill?

Query: Hi doctor, I have a brother who is sick since a month. I am feeling very helpless without him and I am deprived of sleep. I keep thinking about him the whole day. How can I overcome this situation?  Read Full »

Do you have a question on Hiv or Hiv Infection?