Leptospirosis, a Bacterial Disease - Things You Need to Know 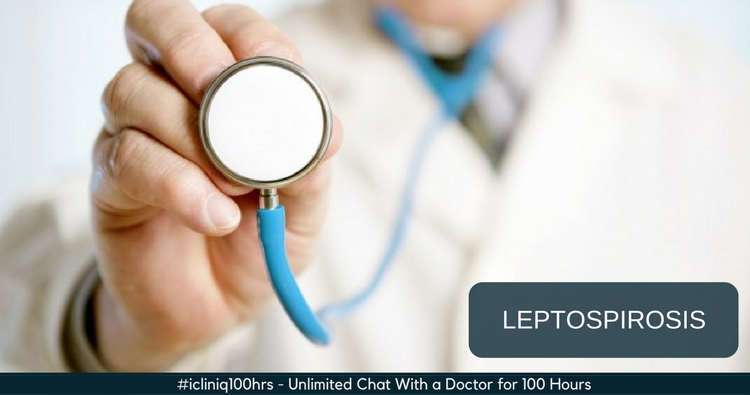 Leptospirosis is caused by Leptospira bacteria, which is a member of the family called Spirochetes. It is so called because of its spiral shape. The disease can range from minor and symptomless form to a serious life threatening one, which can be fatal if left untreated.

Epidemiology and Mode of Transmission:

Leptospirosis is transmitted through surface water contaminated with urine of infected animals. Pathogenic bacteria enter the host through minor cuts and abrasion over the skin. Swallowing contaminated water can theoretically cause the disease, but not many cases are reported. Human to human transmission also has not been reported.

People who are at risk are sewage workers, farmers, veterinarians, military personnel, sewer and slaughterhouse workers. Any person who is exposed to running surface water is at risk of developing leptospirosis.

Leptospirosis typically shows seasonal variation. The disease burden is significantly more in post-monsoon season. Both rural and urban populations are equally affected, and the prevalence is a little bit higher in rapidly urbanizing cities may be because of inadequate sewage treatment facilities and improper drainage system. Poor sanitation leading to rodent infestation can cause leptospirosis outbreak, especially in underprivileged areas.

What is the treatment for inguinal lymphadenopathy?
May I know whether eating a fruit contaminated with rat saliva and urine cause rabies?
Leptospirosis, a Bacterial Disease - Things You Need to Know

Clinical features of leptospirosis are diverse, ranging from undiagnosed asymptomatic illness to rapidly progressing fatal forms called Weil's disease. The symptoms of Leptospira infection occur after an incubation period of 7 to 10 days.

The common clinical features include the following:

Weil's disease is a rapidly progressing form of leptospirosis which can be fatal unless proper treatment is given. It is characterized by a combination of bleeding manifestation, jaundice, hypotension and acute renal failure. It can also affect the brain and mimic symptoms of meningitis like nausea, vomiting, neck rigidity and altered mental states. If left untreated, it can cause fatal complications and may result in death.

The suspected cases of leptospirosis should be evaluated by a physician at the earliest because early treatment significantly reduces the chances of complications. During the initial stages, the symptoms are non-specific, and it might cause initial misdiagnosis because many diseases have similar symptoms to leptospirosis. Biochemical and hematological tests are non-specific in the early stages, and many diseases show a similar pattern. Chest x-ray and ECG should be taken to rule out cardiac and pulmonary involvement respectively.

Serological assays are the mainstays of diagnosing leptospirosis. Leptospirosis can be confirmed by detecting the presence of IgM antibodies against Leptospira bacteria by ELISA (enzyme-linked immunosorbent assay) or agglutination tests. MAT (microscopic agglutination test) is the most distinct among the investigations.

Due to diverse clinical manifestations and wide geographical distribution, many clinical conditions have to be ruled out before making a diagnosis. The following are the possible differential diagnosis.

Highly efficient antibiotics are available against Leptospira. Penicillins and tetracyclines are used as a first line drug. Cephalosporins like Ceftriaxone and Cefotaxime are also used. Antibiotics are effective in the early stages of the disease and in later stages its role is controversial.

In advanced stages of the disease and Weil's disease, the patient might require intensive treatment. The patient has to be hospitalized and might need intravenous antibiotics. Fluid and electrolyte balance have to be well maintained. Bleeding manifestations and shock have to be managed accordingly. Patients with renal failure might need dialysis to remove waste product from the blood. Cardiac monitoring in the form of continuous ECG monitoring may be needed in case of complications like myocarditis.

The majority of the patients infected with Leptospira experience a complete recovery. The severity of the illness regarding renal and pulmonary dysfunctions are the most important determinants of prognosis. The extremes of age, evident pulmonary involvement, bleeding manifestations, renal failure, thrombocytopenia are associated with poor outcome. The common causes of death in leptospirosis patients are renal failure, shock, and myocarditis.


This is a sponsored video. icliniq or icliniq doctors do not endorse the content/ad in the video.

Can rabies be transmitted sexually?

Query: Hello doctor, Since last year, I am having a lot of health problems such as back pain, fingers joint dull pain, chest inflammation, irritation at penile area, inflammation inside the penile hole, body irritation, body weakness, fever. I often do sense inside my head, i.e., pricking with pins and ne...  Read Full »

Apart from Levodopa, what other treatment options are there for Parkinsons's?

Query: Hi doctor, I feel extreme fatigue in the morning. I have tremor and right leg tingling. I am experiencing brain fog, Parkinson like symptoms but I did not feel any improvement with Levodopa. My manganese levels are high. Please help.  Read Full » 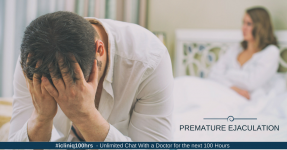 Do you have a question on Fluid & Electrolyte Imbalance or Chemoprophylaxis?