A vaccine that can prevent cancer sounds like a distant dream, but it is true. The HPV vaccine is available widely, which can prevent your children from many future cancers. This article is to create awareness regarding this vaccine. 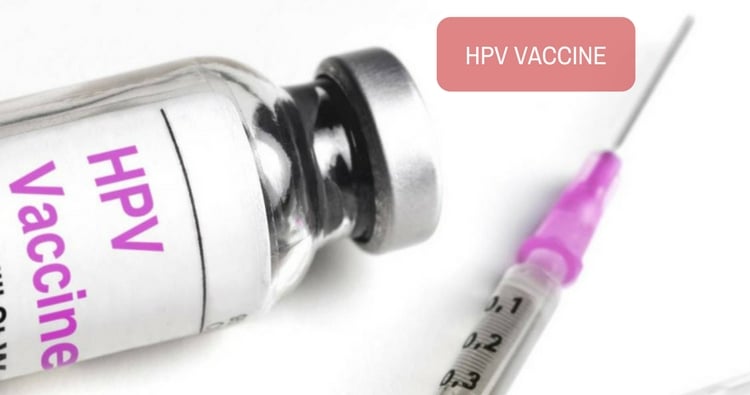 HPV (Human papillomavirus) vaccines have been widely available for over a decade. But, very few people have heard about the vaccine, and a few have gotten vaccinated. This is the first and only vaccine available against cancer.

What Is Human Papillomavirus?

The following are the different types of viruses:

Cervical cancer is the second most common cancer in females, the most common being breast cancer. It causes a significant amount of morbidity and mortality. Around 70% of cervical cancer can be prevented by this vaccine alone.

What Are the Available HPV Vaccines?

There are three vaccines available, Gardasil, Cervarix, and Gardasil 9. These are given intramuscularly, preferably to children aged 11 to 13 years, but can also be given at a later age.

How Many Doses of HPV Vaccines Offer Good Protection?

Depending on when the HPV vaccine is administered, there are different dosing schedules.

Who Can Get the HPV Vaccine?

Although it is advisable to get the vaccine before 12 years of age, almost every individual can take it until they turn 26.

In individuals between the ages of 27 and 45, there are specific cautions. However, the benefits concurred are less as compared to the earlier age group. It is advisable to get the vaccine only after discussing it with the physician.

How Can Cervical Cancer Be Prevented When the HPV Vaccine Cannot Be Taken?

Since Human papillomavirus spreads through sexual contact, it is recommended to use barrier contraceptives like condoms when involved in intercourse. Also, smoking should be avoided as it is a significant risk factor for cervical cancer. In addition to this, periodical screening for cervical cancer should be done with the help of a Pap test.

What Are the Side Effects of Taking the HPV Vaccine?

Can HPV Vaccines Be Given to Boys?

Gardasil 9 is an HPV vaccine that has been approved by the United States Food and Drug Administration for use in both boys and girls. In women, it prevents cervical, vaginal, and vulvar cancers. Also, cancers of the head and neck, mouth, and throat, and genital warts can be controlled in both males and females when taken.

Which Is the Best Time to Get the HPV Vaccine?

The vaccine should be given, preferably before the sexual debut, as the virus is transmitted sexually. The vaccine is not very efficacious when taken after acquiring an infection. That is why 11 to 13 years is the best age group. It can also be given at a very early stage, say at around nine years.

Is Taking the HPV Vaccine Effective After Becoming Sexually Active?

It is needed to get the HPV vaccine even after you become sexually active. The reason is, even after getting exposed to an HPV strain, the vaccine can offer protection against the other strains of HPV. But, a vaccine can never treat an already existing infection.

Although no reports have implicated that the HPV vaccine can have harmful effects on the developing fetus, it is always advisable to get the vaccine after the gestation period or before conceiving.

Can Screening Be Stopped for Cervical Cancer After Getting an HPV Vaccine?

The Pap test is used to detect the presence of any cancerous or precancerous lesions present in the cervix or colon. It is an integral part of the cervical cancer screening process. It is generally recommended to start screening tests at the age of 21. In women between the ages of 21 to 29, Pap tests should be taken every three years. Women within the age of 30 and 65 years can do a Pap test and HPV test altogether every five years, HPV test alone every five years, or a Pap test alone every three years. However, these guidelines do not fit women who are immunocompromised, have an HIV infection, or have a personal or family history of cervical cancer.

HPV vaccines do not serve as an alternative for screening tests. Even after taking the HPV vaccine, it is mandatory to continue with the normal screening process as per the recommendations.

Although HPV vaccines do not offer complete protection against cervical cancer and other cancers, administering it can help in reducing the incidence. It is advisable to vaccinate the children with HPV vaccines at around 12 years or at least before sexual activity. In addition, screening gives a helping hand in the early detection of cancerous lesions, if any. Therefore, do get the HPV vaccines and screen yourself for cervical cancer with the help of a health care provider and prevent the risk of developing cervical cancer.

Article Overview: Cancer of the cervix is one of the leading sources of death due to cancer in women. Read this article to know more about cervical cancer, its causes, symptoms, diagnosis, treatment plan, and how to conquer cervical cancer.  Read Article

Introduction: Virtually all types of cervical cancers are caused by high-risk types of HPV (Human papillomavirus), which is usually spread through sexual contact. Hence, in effect, the HPV vaccines can prevent 70 percent of cervical cancers before exposure to HPV (during sexual activity). The risk ...  Read Article

Is this brown spot I developed, a wart or a symptom of HPV?

Query: Hello doctor, A few months ago, a doctor told me that I had a genital wart. It looked like a flat mole to me. Eventually, it was removed. I want to know if this brown spot I developed recently is also a wart or a symptom of HPV.  Read Full »

Can the HPV vaccine be used to cure genital warts?

Query: Hello doctor, I am a 50-year-old male. I had genital warts five years ago, had them removed via cauterization and received three injections of HPV vaccine Gardasil. The doctor said the vaccine would cure the virus, but after a year, warts reappeared and until now they are still in my scrotum, and th...  Read Full »

Do you have a question on Genital Warts or Cervical Cancer?