Allergy - the Term Explained in a Scientific Way

Due to the widespread use of the term allergy, there are many misconceptions about allergic disorders among patients and the general population. This article aims to explain allergy in a scientific way, but in simple language and with examples. 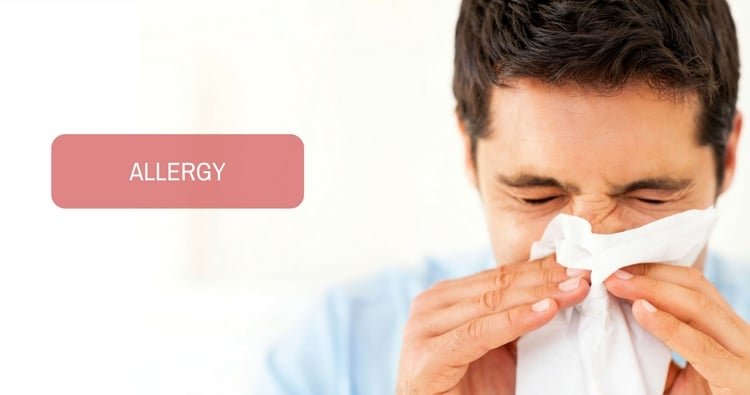 Allergic disorders are very common and are increasing worldwide. The term allergy is also very commonly used by doctors, patients, and the general population. However, the liberal use of the word allergy has created many misconceptions and confusion about allergies.

Allergy is an immunological disorder characterized by an abnormally exaggerated response by the immune system towards harmless substances, which usually contain proteins. Two things which have to be cleared up are:

If one develops itching and rash after consuming artificially flavored milk, but has no problem drinking unflavored natural milk, then the reaction to the flavored milk is most likely due to the chemical properties of the added flavor or essence. Such a reaction is not a true allergy, and one's immune system is usually normal.

What Is an Allergic Reaction?

Allergic reaction is the way how our body reacts to the allergen. There is a chain of events that occur during the allergic reaction. The first thing that happens after being exposed to a specific allergen is the production of IgE antibodies by our body. These antibodies detect the allergen and release the chemical histamine, and this chemical acts on the skin, eyes, nose, and different parts of the body to cause symptoms of allergies.

What Are the Substances That Commonly Cause Allergies?

A substance that is responsible for the allergic reaction is called the allergen. Usually many allergens are harmless to most people. The most common food allergens seen in susceptible people are the following:

Some of the other common allergens are:

What Are the Common Symptoms of an Allergy?

Inflammation and irritation are the first signs of an allergic reaction. But the symptoms depend on the types of allergens causing it. Here are some of the symptoms of allergy:

Allergy to Dust and Pollen:

One of the severe forms of symptoms are anaphylaxis symptoms. Anaphylaxis is an emergency and a life-threatening condition. Some of the symptoms include:

Can Children Have Allergies?

How To Diagnose Allergy?

The different types of allergy tests are:

A skin test is performed by applying a small amount of suspected allergen to the skin, and observing the reaction. There are a number of skin tests like:

A skin test is effective for diagnosing allergies caused due to food substances, mold, pollen, and Penicillin allergies.

What Is the Treatment for Allergies?

The treatment for allergies include:

The first and foremost thing is to identify and avoid allergens. This is one way to prevent an allergy towards a known allergen.

Medications that are used to treat allergies are:

Antihistamines block the chemical that is causing the symptoms during an allergic reaction. Some of the antihistamines include:

In this treatment method, the body’s immune system is trained not to react to these allergens. It is done when other treatment options are not effective. It is given as shots or sublingual immunotherapy (SLIT).

If you have severe allergic reactions, then emergency Epinephrine shots should be given to reduce the symptoms until the emergency treatment is done. People should carry two epinephrine auto-injectors along with them at all times. By using an auto-injector, a measured dose of Epinephrine can be administered within a few minutes of any severe symptoms.

How To Prevent Allergies?

There is no way to cure an allergy, but there are ways you can prevent it. They include:

How Can Allergies Be Controlled Fast?

What Are the Common Types of Allergy?

Which Is the Best Allergic Medication for Children?

The best allergy medicine for children is an antihistamine tablet named Cetirizine. The Epinephrine pen can be used for children who weigh above 30 kgs. The allergic medication can be given for children above six months, and the dosage varies based on the age and weight of the child.

When Does Allergic Medicine Start to Work?

How to Differentiate a Rash Due to a Food Allergy?

Different types of skin rashes have different appearances. A food-allergy-induced rash will appear as raised skin bumps that are red or pink in color. They will be round in shape with red flares around them.

What Are the Symptoms of Severe Allergy?

Will Allergies Cause Hot Flashes and Body Aches?

Symptoms caused by allergic reactions vary from person to person and also change based on the type of allergy. Some allergies such as hay fever, allergic rhinitis may cause the development of hot flashes and body aches. Some allergies might also give a sick feeling.

How Do Vitamins Help in Allergic Reactions?

How Does Turmeric Reduce Allergic Reactions?

Turmeric acts as an antihistamine. They reduce the release of histamine, thus controlling the allergic reactions caused by allergens.

Have allergy problems. I always have runny nose or sore throat or excessive sneezing and coughing and cannot breathe normally.

Query: Hello, I have been having allergy problems for many years. I cannot breathe from my nose even if it is not blocked because I feel like I get less oxygen from my nose. I also have asthma and as the seasons change my allergies react. I always have running nose or sore throat or excessive sneezing and ...  Read Full »

My allergy does not subside with 10 mg Cetirizine. Should I take 20 mg?

Query: Hi doctor, I have been taking 10 mg Singulair and 10 mg Cetirizine for five years for allergies, asthma, and Lyme. I just got two more kittens, and the medicines do not work anymore. I am miserable and desperate. I asked my doctor to give me 20 mg of Cetirizine and something else because I think ...  Read Full »

Do you have a question on Urticaria or Allergy?