How to Identify Psychological Abuse?

Among various forms of abuse, the type of abuse which seems least discussed is psychological abuse. Psychological abuse can also be termed as emotional abuse. We often overlook this abuse and let others decide the course of our lives and continue to tolerate other's bad behavior in the name of love. But, to all my readers, love is not only about one person. Learn to recognize the signs of abuse and do not let others do it to you. 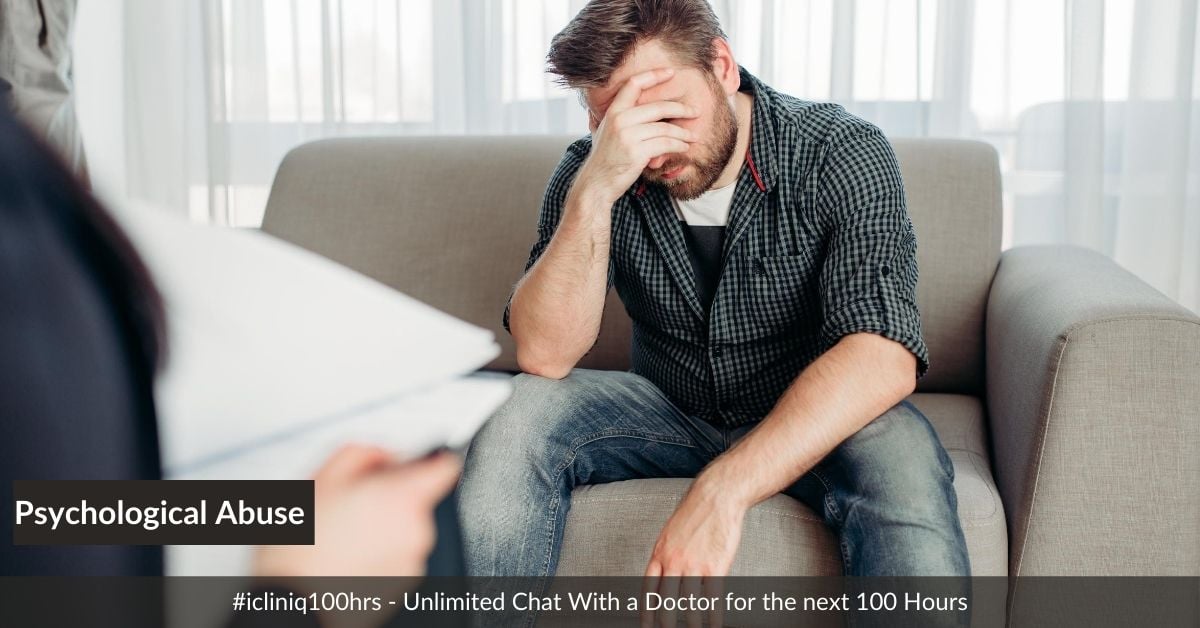 I am depressed for past two years and getting suicidal thoughts. Kindly help.
What can be done to cope up depression due to relationship issues?
I had a serious breakup with my girlfriend. I feel lonely. What do I do?

To understand it better, let us take an example. Sia was in a relationship with her boyfriend for almost three years. The initial one year was very good. He would bring her gifts, spend time with her, and take her out. But then, he noticed that she was vulnerable and emotionally dependent on him. She would never talk about any other guy and was very committed. Although her boyfriend admired this nature, he subconsciously started taking her for granted. He would do things which annoy her like coming late for dinner, not receiving her phone calls, forgetting her birthday, and crack jokes about her in the presence of her friends. When she tried communicating about her displeasure, he would call her immature, irritating, disturbing, humorless, etc. It would hurt her, and she would cry but he would never apologize. Instead, he would continue to blame her for difficulties in their relationship. These things got worse day after day. After a year, Sia decided to break up, but her boyfriend got too emotional. He threatened to harm himself if she leaves him, begged her to give him another chance and promised her that he would not repeat this behavior. But, after a month again, the same pattern started. By this time, even Sia started to believe that it was her mistake that their relationship was not working and that she was a bad person. She would remain stressed at all times. Her sleep was disturbed and she suffered from anxiety now. Until one of her close friends explained to her about her emotional abuse and asked her to get out of it and explained that she is a good person and deserved better.

Reasons Why Someone Is Abusive

There may be many reasons why people behave this way. Difficult family environment, insecure abusive past, childhood, and personality factors.

How to Identify Emotional Abuse

There are certain signs of emotional abuse like a controlling behavior of partner, restricting freedom, being suspicious, manipulation, frequent insulting comments, blaming behavior, micromanage your finances and spending, and disregard your opinions.

Here Is What You Can Do

We often ignore emotional abuse in the hope that our partner will change one day or our love and support will change him, but it rarely happens. We let others decide the course of our lives, and continue to tolerate other's bad behavior in the name of love. But, to all my readers, love is not about only one person. Begin to recognize emotional/psychological abuse.

In spite of trying the above things, if life gets difficult and you find no way out, take professional help. Do not allow yourself to be a victim of emotional abuse.

Can Quetiapine make a person drowsy?

Query: Hi doctor, Two years ago, I was diagnosed with anxiety and depression and was treated with Fluoxetine, Zepam and Modafinil. Since one and a half years, I have been taking tablet Quetiapine 25 mg and tablet Lithoril 400 mg twice a day. Also, I am taking tablet Prodep 10 mg once in the morning for de...  Read Full »

My mom's behavior changes every single minute. How to resolve this?

Query: Hi doctor, Myself and my wife are stressed by my mom's behavior. She keeps changing every single minute and fights with us for small matters. Kindly help me to resolve this.  Read Full »

Why Is Food Adulteration Harmful for Children?

Do you have a question on Interpersonal Relations or Relationship Breakup?