If you see strange floating objects in front of your eyes, then probably you may be suffering from problems in the posterior or the back segment of your eyes. This article aims to shed light on the very basic mechanisms of the diseases which cause these problems and what steps you can undertake at home to prevent these disorders. 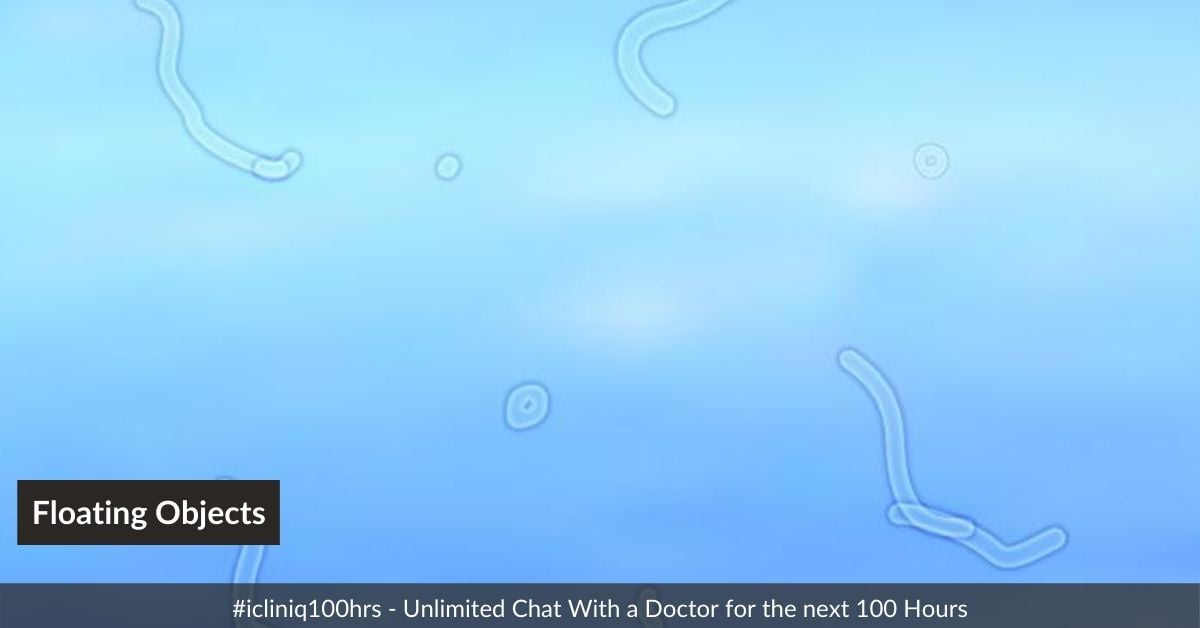 Why Do Floating Objects Appear in Front of Your Eyes?

The posterior segment of the eye includes the retina, which is the nerve of your eye, the structure responsible for the ability to see, and the vitreous humor, a semisolid gel that maintains the structure and stability of the eyeball.

These floating objects are called floaters in medical terminology, and can arise due to a variety of causes. These usually appear as dark lines or circles in the visual field, which seem to move with the movements of the eyes. They are most often seen against a bright background and are more obvious in sleep-deprived individuals.

What Are the Causes for the Appearance of Floating Objects?

The most common causes with their mechanisms of producing floaters are listed below:

The tear film is a very dynamic structure. Its thickness being 500 microns, it can outperform the best lubricants and osmoprotective agents, hands down. But, in patients with tear-film disorders, especially chronic computer users, the tear film thins down, and the accumulated debris from atmospheric dust tends to deposit on the ocular surface. This gives rise to a sensation that there is something moving in front of the eye. The problem, although simple to explain, is hard to get rid of.

The most commonly used over-the-counter lubricants, although easily available and reduce the dry sensation, fail to ever reach the delicate balance of hydration, visual performance, and nutrient support of the natural tears. But a majority of the patients treated, sooner or later, will find relief or a lessening in the intensity of symptoms. Good preventive measures are to use the 20-20-20 rule and blink eyes more frequently than usual.

Cataracts can easily be labeled as the most ubiquitous age-related disorder of humanity. Although it most commonly presents with a decrease in the amount of sharpness or clarity in your vision, it has also been well known to cause several other disorders of vision such a glaring, especially during night driving, colored halos around point sources of light, and also floaters. Although seeing floaters as the primary complaint in cataracts is rare, cataracts would still dominate as significant causes of floaters, given the universal nature of cataracts in all races.

Biochemically, a cataract is simply a chemical reaction causing age-related loss of lens protein transparency. Floaters occur when this loss of transparency is non-uniform; that is, certain parts opacify earlier than the surrounding parts. At this instant of time, the opaque parts stand out in a sea of the transparent lens and give the patient a feeling that there is something moving inside the eye.

A cataract is a curable disorder, the only treatment being surgery. Although no preventive measures are known, yearly visits to ophthalmologists can help in early diagnosis and management.

This strict segregation of blood in the eye, also called the ocular blood barrier, is essential for the clarity of vision. The problem with vitreous hemorrhage is, there is a breakdown in the blood-ocular barrier, causing blood to accumulate in places it normally should not be seen in.

The conditions which may cause vitreous hemorrhage are several, but the most noteworthy among them is diabetic retinopathy. Diabetic retinopathy causes the development of fragile new abnormal vessels which leak out blood in advanced cases.

As the vitreous hemorrhage only occurs in advanced disease, the chance of recovering normal visual acuity is very low to absent. Curative procedures like laser photocoagulation and intravitreal injection can only prevent the condition from worsening and will not improve the present vision. The only good preventive advice is to keep sugars in good control.

This disorder produces the most dramatic pattern of symptoms, including numerous floaters known characteristically in medical terms as 'shower of dots' and severe loss of visual ability, which starts as a sudden 'falling of curtains.' As previously described, the floaters are numerous and are blood particles and retinal pigments which have been dispersed in the vitreous due to the retina, which has been severed away in force.

The main mechanism here is the formation of small tears in the retina, most commonly due to high minus powers. The treatment options include retinal banding and laser photocoagulation, once again being palliative, and no improvement in vision can be expected.

Good preventive measures include getting your eyes checked once a year with your ophthalmologist.

How Are the Floating Objects Treated?

Floaters due to any underlying cause, such as bleeding from inflammation or diabetes, will be treated. Moreover, most eye floaters do not require treatment. Eye floaters can be frustrating, and it takes time for people to adjust to it. When you know the floaters will not cause any problems, you will eventually start to ignore them, or you will notice them less often.

When the eye floaters affect the vision, the doctor will consider treatment. They are,

Surgery to Remove the Vitreous:

Using a Laser to Disrupt the Floaters:

The ophthalmologist uses a special laser at the floaters in the vitreous, which breaks them up and makes them less noticeable.

Some people who have undergone this treatment reported improved vision, and others have noticed little or no difference.

Risks of Laser Therapy - There can be damage to the retina when the laser is not aimed correctly.

What is causing vision problems in both the eyes?

Query: Hi doctor, I have attached the scan reports of my aunt. She is 54 years old, diabetic, and hypertensive. She is on medication to control sugar and BP. She had an eye surgery before one year for some nerve problem in one of her eyes. The reason given by the ophthalmologist was diabetes. Now, her comp...  Read Full »

Query: Hello doctor, I am 61 years old and I am 165 cm. I weigh 55 kg. I was found to have the small formation of microcalcinates in the left mammary gland. It was operated and cancer was not found. Diagnosis after surgery was fibrocystic mastopathy. Could you recommend treatment for preventing this proble...  Read Full »

Why is my vision blurred after an eye injury?

Query: Hi doctor, Two days back, I got a hit in my eye with a ball. Still, it is paining with blurred image. Please help.  Read Full »

Do you have a question on Dry Eyes or Vision Problem?