Penile cancer can occur due to problems like tight foreskin. Read this article to know more. 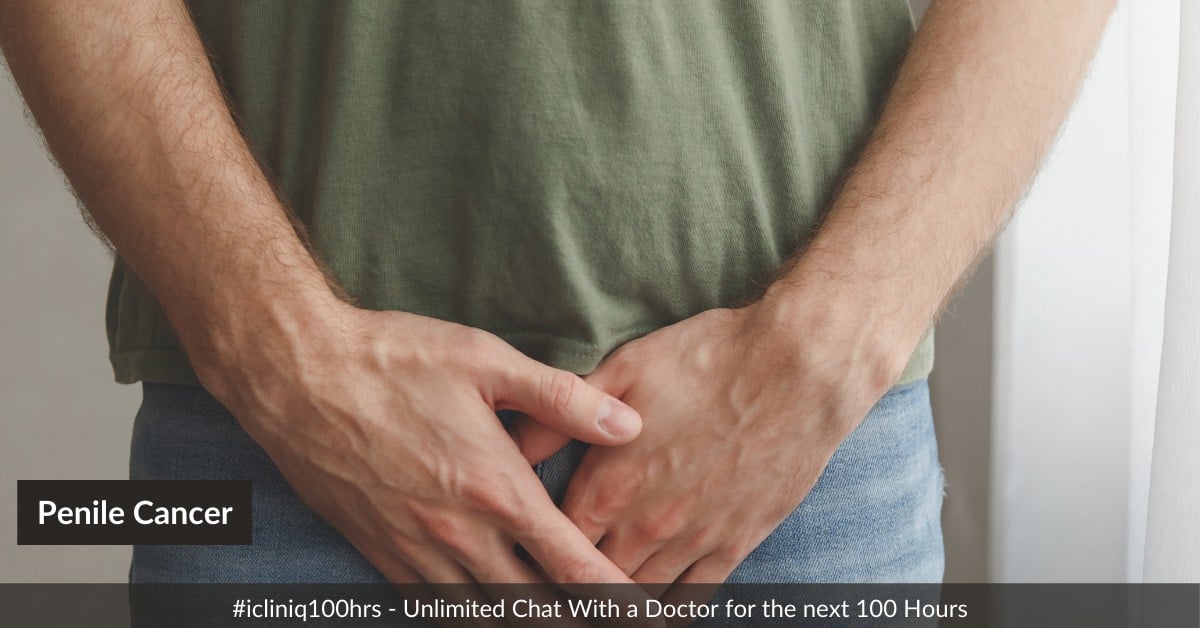 What Is Penile Cancer?

Penes refer to the male reproductive organ. It plays a vital role in sexual functions. The maximum size of the penis is seen after puberty. There are nearly six different shapes of the penis. The shape does not influence the sexual function. There are three parts that will include the shaft, the head of the penis, and the foreskin. The foreskin provides protection to the penis. Removal of the foreskin in a penis is referred to as circumcision. The penis also contains a urethral opening, which will contribute to the urinary functions. It is the external part of the reproductive system and has a high possibility of getting infection and trauma.

Penile cancer refers to the cancer of the penis. The cancer cells grow in an abnormal manner and cause several abnormal symptoms. Cancer initially starts in the superficial layers and spreads to the deeper part of the tissues. It is a very rare condition and could be treated well if the doctors identify it at an earlier stage.

What Are the Types of Penile Cancer?

The various types of penile cancer are:

What Are the Causes of Penile Cancer?

The causes of penile cancer are:

What Are the Signs and Symptoms of Penile Cancer?

Some patients might experience pain in the bump or the lesion, whereas other patients do not experience pain at all. Swelling may be seen at the tip of the penis. This is more pronounced if the foreskin is tight or constricted. It is possible for the cancerous condition of the penis to form lumps in the groin area. This is seen along with the enlargement of lymph nodes. The lymph nodes may be smooth under the surface of the skin. All the enlarged lymph nodes do not indicate cancer. It can happen due to an infection in the penis.

What Are the Risk Factors Associated With Penile Cancer?

The various risk factor associated with penile cancer are:

What Are the Stages of Penile Cancer?

The stages of penile cancer help in identifying the extent of the spread of cancer.

How Is Penile Cancer Diagnosed?

Diagnosis for penile cancer requires a physical examination of the penis by the doctor. The changes in color and lumps will be noted. A proper case history would be required for a precise diagnosis. The other diagnostic methods to identify penile cancer are:

What Are the Treatment Options for Penile Cancer?

The treatment for penile cancer might involve the following.

How Is the Prognosis for Penile Cancer?

Complete recovery is seen in the patients who are diagnosed at the initial stage. If cancer has not spread to other lymph nodes or glands, then the survival rate of patients are estimated to be around 85 percent. After cancer reaches vital organs, the survival decreases to 59 percent. Reports suggest that the average lifespan of patients who are affected by penile cancer is around five years.

What Are the Precautionary Measures to Be Followed for Penile Cancer?

Circumcision is the best method to prevent penile cancer. It also provides an opportunity for keeping the penis clean and healthy. If the patient is suffering from conditions like phimosis, then they should perform specific exercises that can be helpful for loosening the foreskin. It is also necessary for the person to indulge in safe sexual practices. Usage of condoms is recommended to avoid sexually transmitted diseases like AIDS.

How Will a Penile Cancer Appear?

Penile cancer begins as an ulcer, lump, or abnormal mass. It might be small in some patients. The lesion becomes more prominent as it progresses. It is mostly located on the foreskin or the head of the penis. Occurence of the lesion in the shaft of the penis is very rare.

What Are the Reasons for the Occurrence of Penile Cancer?

What Are the Signs and Symptoms of Penile Cancer?

The signs and symptoms of penile cancer are:
- Velvety and reddish rashes.
- Formation of a lump.
- Soreness of the penis.
- Discharge of fluids.
- Bleeding from the lesion.
- Increase in the thickness of the skin.
- Bluish or brownish growth.

Yes, penile cancer gives visible lesions. It is mostly found on the foreskin of the patients. Some patients also have a notable red lesion on the head of the penis. These lesions are often accompanied by itchiness.

What Are the Different Stages of Penile Cancer?

There are six stages of penile cancer. They are:
- Stage 0: Only the superficial layer of the skin is involved.
- Stage 1: Cancer spreads to the connective tissue.
- Stage 2: Spreading of cancer to the blood vessels or the lymph nodes is noted.
- Stage 3A: Development of cancer is seen in the urethra.
- Stage 3B: Involvement of lymph nodes is seen.
- Stage 4: It is the most severe stage of cancer where the cancer is seen in the prostate, scrotum, and pubic bone.

When Will a Penile Cancer Occur?

Penile cancer usually occurs in men who are more than 50 years of age. The increased occurrence in older men was due to the prolonged usage of tobacco and alcohol. Medical reports suggest that it is a very rare form of cancer in the United States of America.

Does Penile Cancer Progress in a Fast Manner?

The progression of penile cancer is staged for diagnostic purposes. In the initial stages, the cancer is usually subtle. When it develops, cancer starts spreading to the blood vessels and lymph nodes. From here, the progression of the disease would be very fast.

How Long Can a Person Survive With Penile Cancer?

The survival of penile cancer is often unpredictable. Some patients live as long as five years after the diagnosis, whereas some patients find it very hard to survive a minimum of one year after the diagnosis is made. The underlying health condition and immune status of the individual should also be taken into consideration.

What Are the Available Treatment Methods for Penile Cancer?

Urine tests can help in diagnosing the condition of penile cancer only to a certain extent. The main purpose of urine tests is to identify infectious conditions like balanitis. For making a confirmatory diagnosis for penile cancer, other specific methods are required.

Is It Possible to Cure Penile Cancer?

Penile cancer can be cured only if it is detected in the initial stages of cancer. If cancer progresses and spreads to other organs, then it becomes very difficult to treat them. The life expectancy of patients who are detected with penile cancer in the later stages is five years.

How Can You Prevent Penile Cancer?

I had a few lesions on my penis and I suspect that to be HPV. Kindly advice.

Query: Hello doctor,I had a few lesions on my penis and suspecting as HPV. I remember first I noticed these before five months after a lady in massage center rubbed my penis with her buttock for her tips. I did not have any intercourse at that time. Last month, I gave HPV swab and biopsy tests, but nothing...  Read Full »

Do you have a question on Cancer or Sexually Transmitted Diseases?

By accessing, viewing, downloading, installing, and/or using the Platform or the services offered through the Platform, you voluntarily and unconditionally accept to and agree to be bound by the Terms of Service and the Privacy Policy (defined below).