Majority of people complain that they have difficulty eating due to pain from an injury in the mouth. This injury is more commonly due to an ulcer, which is medically referred to as aphthous ulcer or canker sores.

Majority of people complain that they have difficulty eating due to pain from an injury in the mouth. This injury is more commonly due to a mouth ulcer, which is medically referred to as aphthous ulcer or canker sores. This is the most common type of ulcer found in the oral cavity and is primarily located on the soft tissues like underneath the tongue, lips, and oral mucosa like cheeks.

This ulcer can be identified easily due to its location and shape, which is mostly well circumscribed and measures around 5 mm or more. Ulcers less than 5 mm occur in clusters, but in case the ulcer is large, then it occurs either singly or in pairs. In some cases, many small ulcers fuse and form a large irregular ulcer, which resembles the irregularly shaped ulcer of herpes.

Most widely found ulcer is recurrent aphthous stomatitis, which occurs for 7 to 10 days and then disappears. This period is associated with all symptoms of an ulcer.

I have a painless, small, white dot on my gums. What could it be?
I often get a mouth ulcer. What is the reason for this?
Does oral or genital herpes show symptoms like bloody blisters in mouth?

What Are the Common Symptoms?

The common symptoms of the ulcer are:

There are several causes associated with it. These include:

There are several treatment modalities available:

What Are the Preventive Measures?

Query: Hi doctor, I am a 30 year old male. I have a canker sore. I was wondering if it is common to have a swollen right lymph node with tenderness, body pain, and tiredness along with the sore. Please explain.  Read Full »

Why is there pain at the site of wisdom tooth extraction?

Query: Hello doctor, I had a wisdom tooth and an adjacent molar removed two days ago. Everything has healed nicely except a very painful white spot in the very back of my cheek next to the extraction site. What could this be? I have attached photographs for your reference.  Read Full »

Why is there repeated mouth ulcer in a child?

Query: Hi doctor, My son is 4 years 9 months old. He is a healthy kid with normal weight (17 to 18 kg). But, he often gets a mouth ulcer. It is quite often like once in two months mainly in his buccal mucosa and inner corner of the lip which touches the primary canine. This hurts him and so he avoids food...  Read Full » 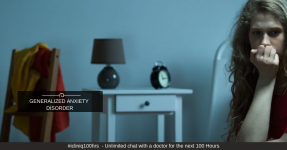 Do you have a question on Aphthous Ulcer or Oral Ulcer?