Ask your Pigmentation queries to our experienced dermatologists and receive instant medical advice and second opinion.

Our medical panel consists of over 50 highly skilled dermatologists who specialized in Pigmentation treatment.


Your first Query is FREE!
Click here to see a Sample Answer » 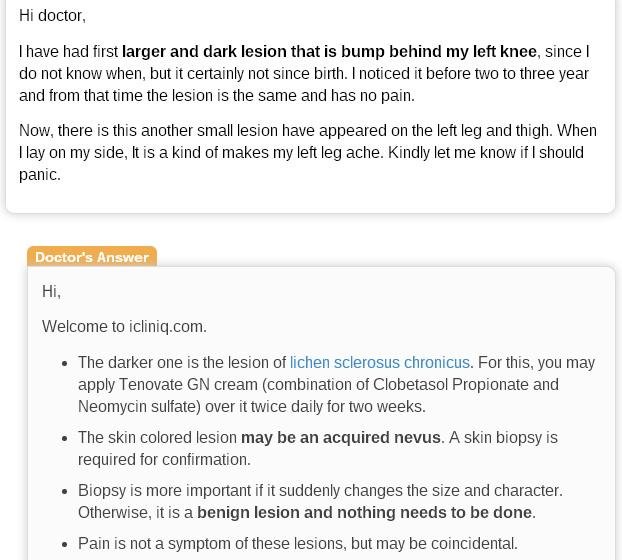 ·       Nevus of Ota – Bluish or grayish discoloration of the face or the sclera of the eye seen at birth.

·       Nevi – Nevi or moles are skin-colored or brown, flat or raised, and mostly benign spots.

·       Albinism – Inherited disorder, which is caused by the absence of melanin, making the hair, skin, and eyes white.

·       Vitiligo – It is an autoimmune condition where the immune system attacks the melanocytes (cells that produce melanin), causing loss of melanin pigment.