Our medical panel consists of over 50 highly skilled diabetologists who specialized in Diabetic Foot Ulcer treatment.


Your first Query is FREE!
Click here to see a Sample Answer » 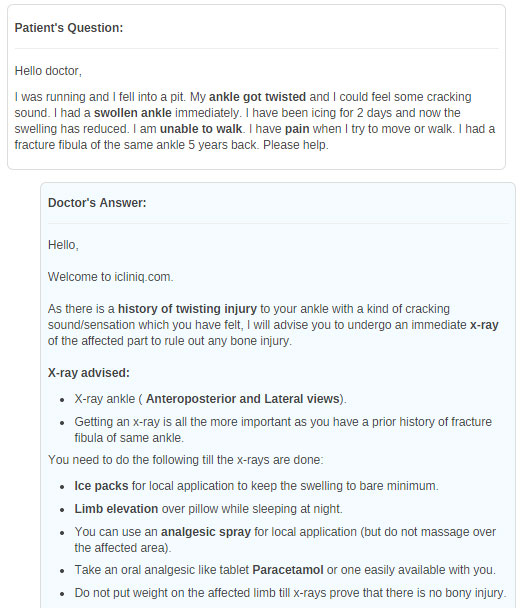 A diabetic foot ulcer is the most common complication of uncontrolled diabetes. High levels of sugar in the blood, nerve damage, injury, and poor circulation in the extremities causes the skin to breakdown, resulting in an ulcer. It is most commonly seen under the big toes and balls of the feet. The early symptoms of the ulcer are swelling, irritation, redness, foul odor, and drainage from the foot. Due to reduced blood flow, the tissue surrounding the ulcer becomes black, which is called eschar. If the ulcer gets infected, it can cause cell death or gangrene, which ultimately result in amputation of the foot. The treatment for diabetic foot ulcer is repeated debridement and dressing.