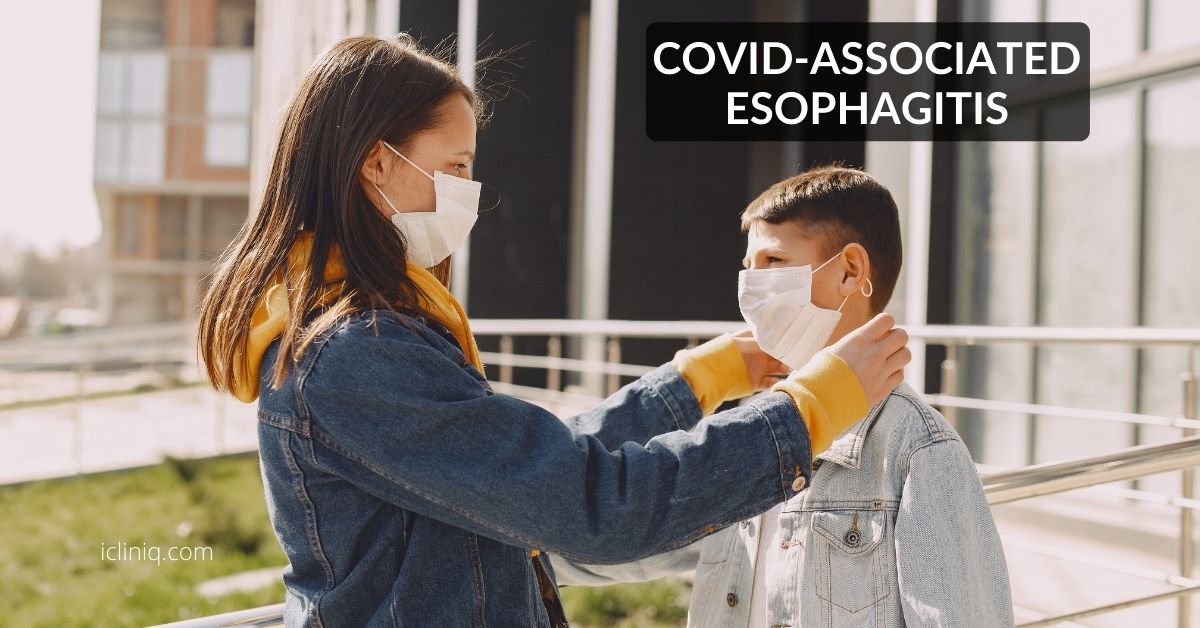 A mother reported to iCliniq to inquire about her son's health, who was COVID positive. Her concern was that he was having severe pain behind his sternum on the right side and extreme pain in that esophageal area when he ate and drank anything. She was worried as he was having this issue most of the days. She said that they were asked to take a chest x-ray and an EKG (electrocardiogram), which came back normal. Her question was if COVID affects the esophagus. She wanted help from our doctors as the medicines prescribed for her son were not helping him out with the condition.

Our doctor went through the query and said that COVID could cause esophagitis, meaning inflammation of the esophagus, and hence it can cause pain while swallowing. He also mentioned that the prescribed medicines work well if it is acid reflux. Non-resolution of these symptoms with the use of the prescribed medications suggests it is due to inflammation. And iCliniq's doctor suggested he take an anti-inflammatory medicine twice daily, along with an anesthetic gel, which had to be taken in a small sip and then swallowed, as it could numb the nerves causing pain. He also suggested taking oral drops that would ease the pain and take care of any fungal infection.

The doctor asked them to consult a local doctor, start these medications, and see if they improved the symptoms. If not, he suggested that the patient may need an ENT surgeon and a gastroenterologist for endoscopy. He also gave assurance that the patient might not need either of those since it will resolve spontaneously with the above medicines.

The patient said they would follow the given instructions and would revert with the update. Later the mother reverted, saying that her son was feeling much better and pain had gone after taking the suggested medicines. She was so happy that she said she would recommend this platform to others who are in need.

--Someone from Newark, United States, 44 minutes ago

--Someone from New York, United States, 1 day ago

--Someone from Atlanta, United States, 2 days ago

--Someone from Omaha, United States, 6 days ago

--Someone from Longview, United States, 6 days ago
View More »