Ask your Schizophrenia queries to our experienced psychiatrists and receive instant medical advice and second opinion.

Our medical panel consists of over 50 highly skilled psychiatrists who specialized in Schizophrenia treatment.

Your first Query is FREE ! 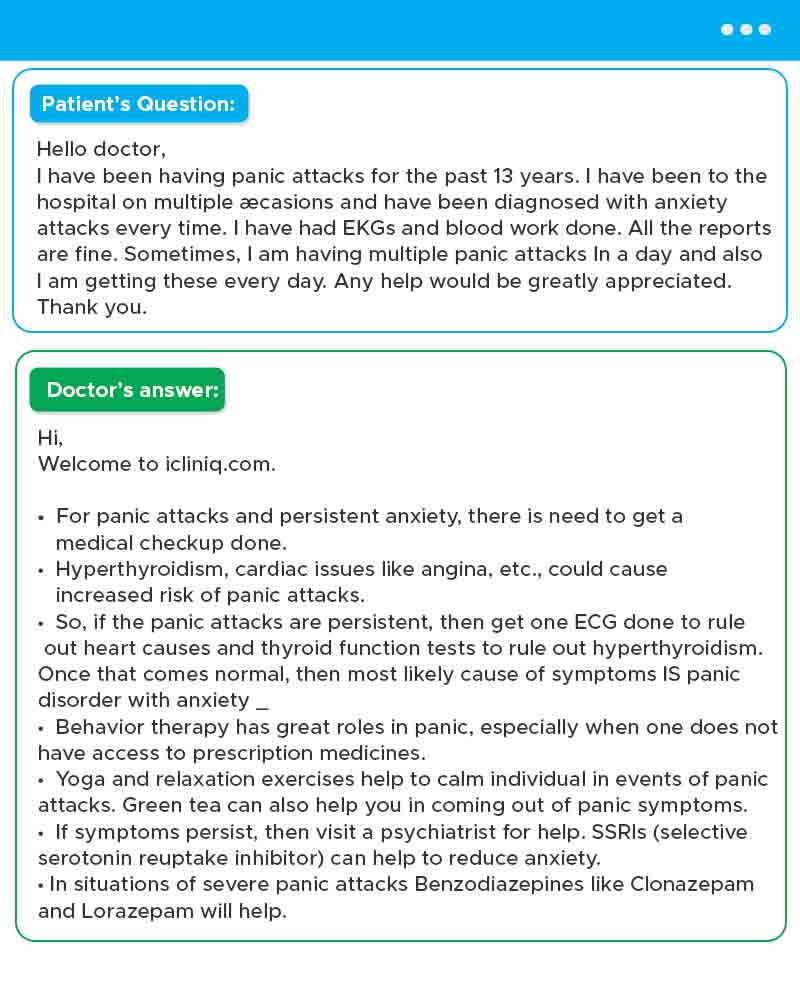 Schizophrenia is a chronic and severe mental disorder, characterized by delusions, hallucinations, and other cognitive problems. It affects a person’s thinking, behavior, and feelings. People suffering from this disease might seem to have lost touch of the reality. It usually occurs in late adolescence or early adulthood, that is between 16 to 30 years of age. Genetic inheritance, imbalance of dopamine and serotonin in the brain, trauma before birth, and viral infections are thought to cause schizophrenia. Its symptoms include an unusual way of thinking, hallucinations, delusions, lack of motivation, movement disorder, trouble paying attention, and reduced facial expressions and emotions. The drugs used to treat schizophrenia are Risperidone, Olanzapine, Quetiapine, Ziprasidone, Clozapine, and Haloperidol.

Top rated by Healthline and INSIDER

"I was instantly relieved. I was becoming extremely nervous about lab results, but the ... "

--Someone from Bluffton, United States, 5 hours ago

--Someone from Santa Ana, United States, 8 hours ago

--Someone from Chattanooga, United States, 11 hours ago

--Someone from Birmingham, United States, 13 hours ago

"I was very impressed with the Dr that helped me. In the US I have to wait several months ... "

--Someone from Houston, United States, 15 hours ago